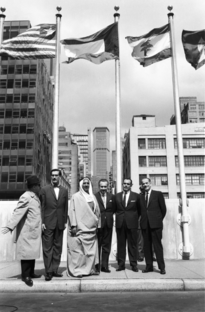 Kuwait and the United Nations

Certification of Appreciation given to HH the late Amir of the State of Kuwait by United Nations Secretary-General Ban Ki-Moon in appreciation for His Highness' generous contributions, efforts, and continuous support as a humanitarian leader. 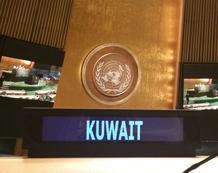 1– An effective partner in the maintenance of international peace and security:

2- A committed partner in sustainable development:

Just a few months after its independence in 1961, the State of Kuwait established the Kuwait Fund for Arab Economic Development, becoming the first developing country to establish a fund to provide economic assistance to fellow developing countries. Robert McNamara, the president of the World Bank from 1968 - 1981, wrote of the fund: “When first established in 1961 the Kuwait Fund was without precedent. Here was Kuwait, a tiny country, until recently among the poorest places on earth, establishing a development fund in the year of its political independence. While welcoming its new found prosperity, it was declaring a willingness to share its future wealth with its Arab neighbors.” Since its establishment in 1961, the Kuwait Fund has provided over 900 development assistance loans to over 100 nations totaling over $19 billion USD, making it one of the most active players in the field of development.

The 70th United Nations General Assembly session was a milestone in the organization’s history, especially following the adoption of the Post-2015 Sustainable Development Goals.  In the State of Kuwait, the international community can be rest assured of a committed partner in development that will play an important role in the international efforts towards helping developing nations achieve these sustainable development goals. The State of Kuwait has announced that it will continue to provide development assistance loans within the program of the Kuwait Fund’s operations over the coming 15 years in the amount of $15 billion USD to achieve the noble and ambitious Sustainable Development Agenda.

3- A leader in humanitarian action:

The rise in the number of conflicts in the world has also brought with it challenges of a humanitarian nature, most notably: internally displaced persons, refugees, and a lack of basic needs for populations due to ongoing conflicts. Suffering in the world has reached levels not seen since World War II. As of May 2016, the number of people in need of Humanitarian assistance was a staggering 130 million worldwide. Conflicts have driven tens of millions of innocent people to the edge of survival.

Furthermore, the International Committee of the Red Cross (ICRC) has a regional office in the State of Kuwait that covers the Arabian Gulf States. 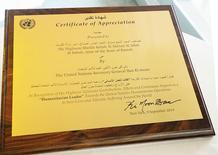